How do you know if you're getting too much vitamin D? The more common problem is being deficient in this important nutrient, but there are some situations in which you can get too much of a good thing.

How Much Is Too Much Vitamin D?

Vitamin D is necessary for maintaining strong bones and preventing a host of other serious ailments such as cancer, stroke, diabetes, and heart disease. It's a very important vitamin, and one that can easily be absorbed by spending some time out in the sun or eating vitamin D fortified foods. It's not terribly common to overdose - you'd have to eat quite a lot of D-rich foods, and as far as humans know, the sun cannot cause over-synthesis of vitamin D. If you're taking a supplement, however, it is possible to get too much vitamin D.

How Much Do You Need?

Generally speaking, you need a minimum of 200 IU of vitamin D a day to stay healthy, and more than that isn't necessarily a bad thing. But watch how many supplements you take, because more than 2,000 IU of vitamin D can cause all sorts of unsavory symptoms:

Long term exposure to too much vitamin D can cause even more serious effects, such as confusion and heart palpitations, due to an over-concentration of calcium in your bloodstream. This calcium imbalance can also cause calcium deposits in soft tissue, leading to problems such as kidney stones.

It's fairly difficult to overdose on vitamin D. You would have to take a great deal of vitamins or other high-D supplements, such as cod liver oil, to get more than 2000 IU a day.

Vitamin D can interact with other medications that you may be taking, such as:

If you are taking any of these drugs, you should call your doctor before supplementing your diet with vitamin D. 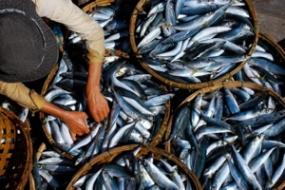 If you're concerned that you're getting either too much or not enough vitamin D, your doctor can perform a simple blood test to discover the nutrient levels in your system. Since a vitamin D deficiency can cause all sorts of problems, if you've got other medical conditions such as diabetes, high blood pressure, or chronic fatigue, you might consider asking your doctor to test how much vitamin D is in your blood.

If you want to know more about potentially overdosing on vitamin D, here are some great links that will help you in your research: